On Brothers: Why they aren’t my “only”

Oh, Facebook.  Your “on this day” feature has become one of my favorite things. Today it reminded me that at this time 3 years ago we were announcing that our newest and last addition to our family would be another bouncing baby boy.

Three years ago I didn’t know what it would be like being the mother of brothers. The moment I got the second line on the pregnancy test I had the most unexpected reaction. Our second pregnancy was not some sort of big surprise. We had recently discussed adding a second child so by all means it should have been only celebratory. But I looked at my then 14 month old and the first thought that hit me as the shock rolled away was a sudden fear for how this would affect his life. Until that moment we only had one child to dote on and life was feeling easy again. We were about to upset that balance that ironically had been the main reason we felt we were ready to add another baby. All of a sudden it became real. I was having another baby and that would mean that my firstborn’s life would be taking a huge left turn along with us.  The decision to have a first child was easy – we were both ready. But this time we had another life at play. Would he be ready?

As it turns out any worry I entertained about their early relationship was immediately swept away shortly after our second son was born. It started out like so many great love stories do, with love at first sight. I had so much anticipation about their meeting and was on pins and needles (or maybe that was the lasting effect of my epidural?) to see how my eldest would react to seeing a real baby of our own as opposed to this “conceptual” little brother we had been trying to prepare him for. With baby brother all of 12 hours old I heard a commotion coming down the hall and my 22 month old skyrocketed into the room, grin from ear to ear across his face. He went straight for the hospital bassinet with eyes only for his baby brother. Hugs, kisses and laughter. That is the memory I have from their first day as brothers. All of my fears began to float away.  These two were meant for each other.

I cannot imagine life without my busy boys. They are a unit, a team.  The first few months of brotherhood were full of moments so sweet I thought my heart might burst.  I couldn’t believe my luck. No jealousy. No “send him back to the hospital” pleas. On the contrary, each day our big brother made it more clear that his baby brother was his new best bud. He laid with him for tummy time. He tried to cheer him up with offers of toys and pacifiers when he cried. He hugged and kissed him with the delicacy of a baby pro as opposed to his normal toddler brute force. And as they each grew from that point on they grew together. Today at two and four years old they are my dynamic duo.  Oh yes, they fight. Don’t get me wrong. They are not exempt from typical sibling toy tugs or quick kicks. They drive me nutty with their antics at times. But the fights are fleeting and underneath every argument is still a deep concern for one another that is so apparent that it makes the fights feel like white noise in the definition of their relationship. Over and over I have received warnings that this special bond will break and soon they will be more frenemies than bffs. Sometimes it feels like people are rooting for this bond to fail – and yet day after day, week after week, month after month and so on they have held on to their special world built for two. When little brother was going through his normal ritual of making me chase him around the car in the morning and I pulled the ol’ “ok then, I guess we’ll just leave you here” bit, my eldest gasped with concern and began to fight back tears. “But we can’t leave my brother, mom!” As if to return the deep concern and security his big brother provides to him, my youngest, the climber, is always procuring contraband snacks for his big brother. “Here you go, brother” he will tell him when throwing him yet another fruit snack from the cupboard or Babybel from the fridge. They laugh, they run, they play and when we need someone to translate our two-year old’s language we need only ask his big brother because he always understands.

One of my favorite things about our brothers is not their similarities, of which there are only a few, but more the immense differences and how they play into their relationship. My firstborn is serious. He likes rules and structure. He is deeply emotional. He is nurturing and a born teacher. My youngest is the polar opposite. While his big brother is busy asking, “why?” he is busy asking, “why not?” He runs through life without any cares. Nothing phases him.  He sees rules as challenges and borders as suggestions. My deep thinker and my free-spirited collide into this beautiful relationship which leaves me watching from a spectator seat in awe. We did this. We created this union that is more spectacular than I could have ever imagined.

As a boy mom, I of course am aware that there is a belief  held by many (I can only assume mostly people who are not parents of children that are all the same sex) that I should lament that I “only” have boys.  But to that all I can say is look at these two perfect little creatures. There is no “only” – there is only my everything. 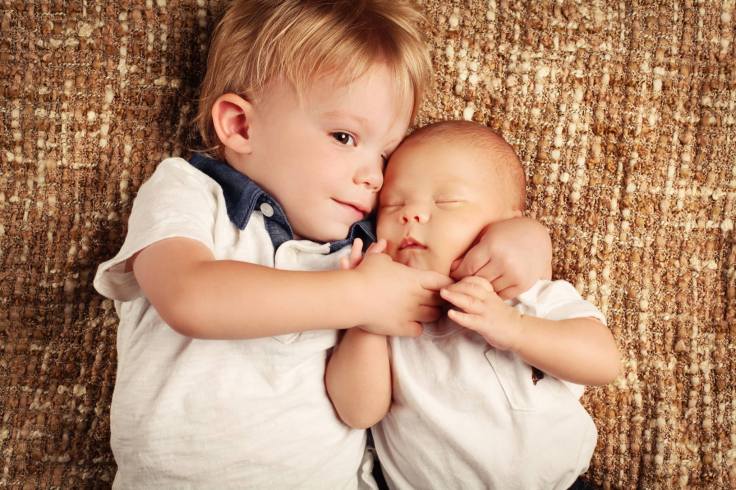 2 thoughts on “On Brothers: Why they aren’t my “only””