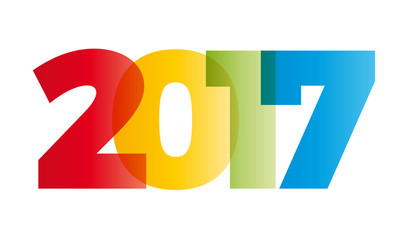 New Year’s Eve 2016: The kids were in bed and I sat with my husband on the couch watching the ball drop. I remember telling him that I felt good about 2016. I thought after a fairly rough 2015, one where we had dealt with a daunting medical diagnosis for our youngest and a plethora of illness and viruses that kept me on my toes that 2016 would be a year of positivity. Unfortunately though, that wasn’t the case. 2016 was (please pardon my french here) a total and complete bitch.

From February 1st through the month of May our house was held hostage by one illness after the other. There was not a single day in the entire four month span where we were not ruled by the latest virus. Colds, stomach flus, eye infections, ear infections and RSV came to visit one by one and back to back. My husband’s work travel left me alone through much of this. My anxiety sky rocketed. I could literally see the germs flying off of every cough and sneeze around me. I visited the pediatrician’s office, urgent care and the Emergency Room with enough frequency to wonder why they don’t have a frequent flyer card for parents like me. I lined up medications and set alarm reminders. I spent nights awake with one chid vomiting only to spend the next day with the other child coughing. Repeat. Over and over. As I slept less and less my own immune system shut down and I found myself sick and tired but too busy caring for my children to ever give my own health a second thought. I day dreamed about a day I might be able to worry about nothing more than taking care of my own beat down body. I woke up each morning thinking I cannot stand this much longer only to have the cycle continue over and over. I stopped working out. I stopped eating healthy. I gained 10 pounds of pure stress. The second half of 2016 was less exhausting but the damage had been done and I was left wondering if I’d ever be back to a place where I could take health for granted again.

This time I started out the year with a different mindframe. Too tired to wait up for the ball to drop this year I found myself asleep on the couch by 10pm with no hopes for 2017. No good feelings or inklings.