Yesterday started out as a regular Monday in my household. I was woken up way too early by my two little children, one of whom jumped on my full bladder and one who kept announcing, “Mama, get up! It’s your birfday!” And for the record, no, it’s not my birthday. It’s never my “birfday.” Pretty sure he’s just trying to create an excuse for cake. In any case, I lumbered out to the kitchen to make my coffee and started the process of getting everyone dressed and out the door. After dropping Big Brother off at preschool I headed across town with Mr. Terrible to do my weekly jaunt to Target.  I was just about to pat myself on the back for making it through the store in record time with no spilled items in the aisles, no unwanted games of hide and seek, and no level 10 toddler meltdowns when my phone rang.  Big Brother’s school was on the line.  He had fallen and had a head injury that they felt needed immediate medical attention.  Cue the “oh shit” moment.  Truth be told, we’ve been expecting this day for some time. Between our two daredevil offspring there has seemed to be a competition for most likely to require stitches going for at least the past 6 months. And now that the day was finally here and the winner was Big Brother (the Hubs now owes me $5 and a coke) it was time to design and implement my improvised survival plan for Preschooler + Stitches. And now that it’s after the fact, here are 5 things I actually did right for a change:

Step 1: I Called for backup.

As a novice parent, this was my first time dealing with a major cut.  Without much thought I hung up with Big Brother’s school and immediately dialed the Hubs. The stars aligned and he actually answered. From all the ladies who are used to getting voicemail from 8am-5pm, can I get an A-men?   I arranged for him to meet me at the school so we could drive him to the hospital together. It was a knee jerk reaction but I spent the rest of the day feeling incredibly relieved that I had another set of hands. First off, I was able to apply pressure while Hubs drove. I’m pretty sure the only way I’d have been able to get us there without him would have involved a whole lot of leg stretches and yoga moves.

And secondly, while having to keep pressure applied on a head wound and fill out paperwork and watch a second child and trying to keep the Purell pouring onto everyone’s limbs as quickly as they touched that seat, the ground, the iv pole “for the love of God child don’t lick that chair leg!!” Let’s just say that in the case of hospital visits, the higher the adult to child ratio the better.

that are scary but I’m a firm believer in not surprising your kid with terrible truths. One of the first things Big Brother asked me was if he was going to have to get a shot. I told him it very likely and that I’d make sure to tell him everything that was going to happen to him

before it happened.  At each step of the process he asked about the shot. At each step of the process I told him he wasn’t getting one yet and I would warn him when it was going to happen. Because he trusted that I would give him a heads up, he was calm during the entire two hour process up until the actual numbing shots and stitches.  High five for truthfulness paying off.

Step 3: I put my Big Girl panties on.

to date (and I feel very lucky that I can say this) has been having to hold down my scared child through the shot and stitching process. He begged me to get off of him. He cried that I was hurting him. He yelled out that he wanted to be done and to let him go.  He said “mama” before every statement as if I was the entire reason that he was in the position he was in and “please” as if it was a viable option to just end the torture.  Trauma-fricken-tizing y’all.  And while I would have loved to have been able to grab his little hand and make a run for the exit doors, obviously the only thing I could do was hold him down tighter every time he started to fight. Le sigh.  But I stayed cool. I stayed calm. And I made a point to keep gently reminding him that everything that was happening to him was to help his head get better and I was sorry I had to hold him down and I loved him. And yes, when it was all done I cried along with him, but more importantly, he let me pick him right up and forgave me right away from my part in his stitchwickery. Parenting is hard.

Step 4: I headed to the Toy Store.

Yes. I am one of those parents.  You get a major injury. You get a prize.

Maybe you could argue that I’m rewarding clumsiness.  I like to think I am rewiring memories. “Hey kid, remember that day you got that AWESOME new Ninja Turtle toy?”  – Versus, “Remember that day I had to hold you down while they gave you 4 shots in your head and sewed your melon back together all while you screamed at me to get off of you? Good times!!”

While the new Ninja Turtle toy seemed to be all the medicine Big Brother needed to be right with the world again, mama needed something a little stronger. Cue the wine. In the afternoon. Unapologetically. It’ll all be better tomorrow. 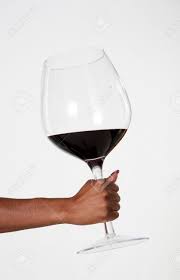