That’s my Circus & those ARE my Monkeys

The ol’ fam bam loaded up for our annual trip to the fair this weekend.  Per the use it was blazing hot, insanely crowded, and ridiculously expensive. But there were fried pickles so..

Isn’t he cute? My little model baby.  Shhhhh…I’m going to let you in on a secret.  For almost every one of these pictures I throw up on Instagram or Facebook,

I have one of these – 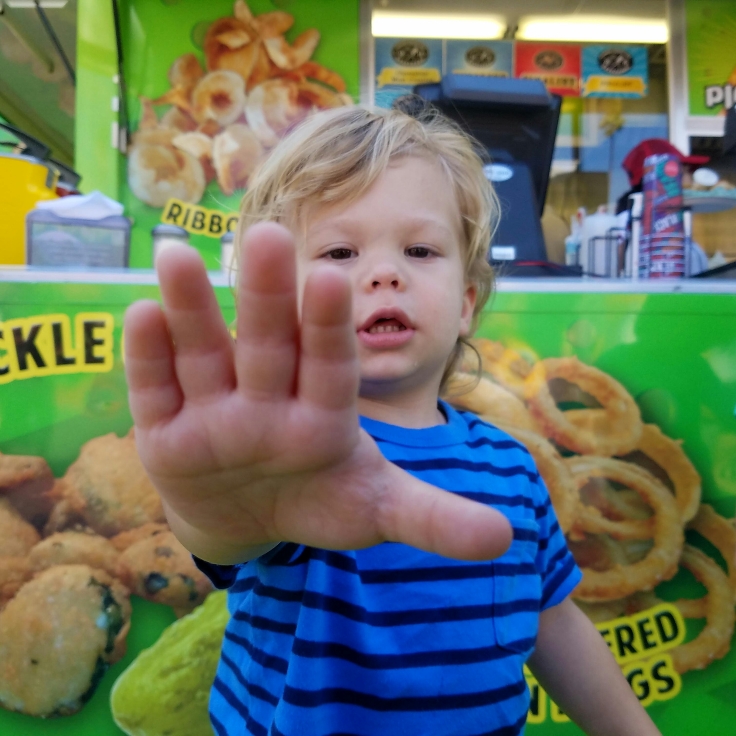 In case you can’t tell – that’s his “no cheese” move. #momographerplease  – It’s like he knows me or something.  It’s not like I take pictures of him all of the time doing the most mundane things or anything…oh wait.

There were also Texas donuts covered in bacon, photogenic goats, selfies while big brother did rides, and dinosaurs. 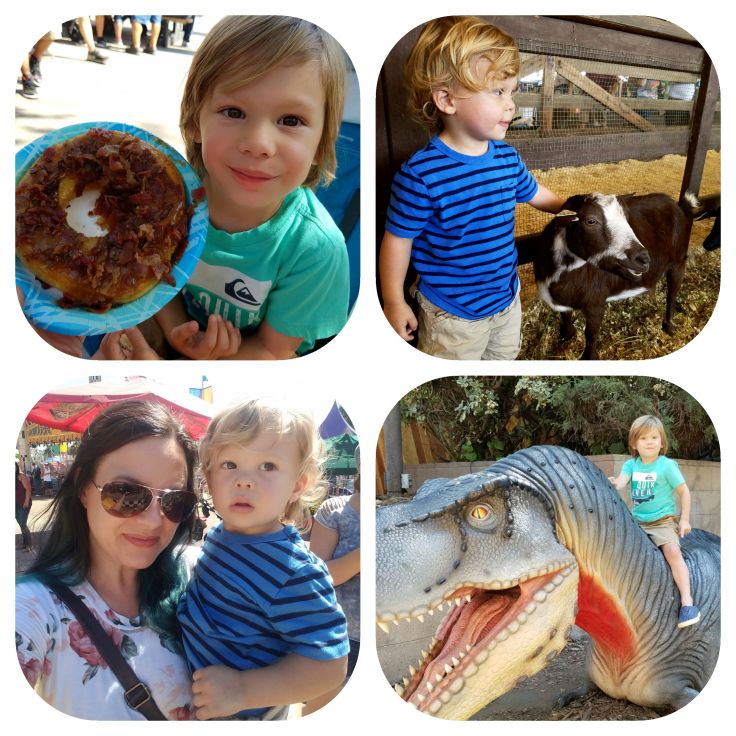 Some people go to the fair for the food. Some go to the fair for the venders.  Anyone who has viewed my Facebook or IG is aware that I am a woman who like to recreate pictures. There is a 67.2% chance that I look forward to the fair each year just so I can force my children to take this picture over and over again (cue the yearly debate over which angle the picture was taken from). 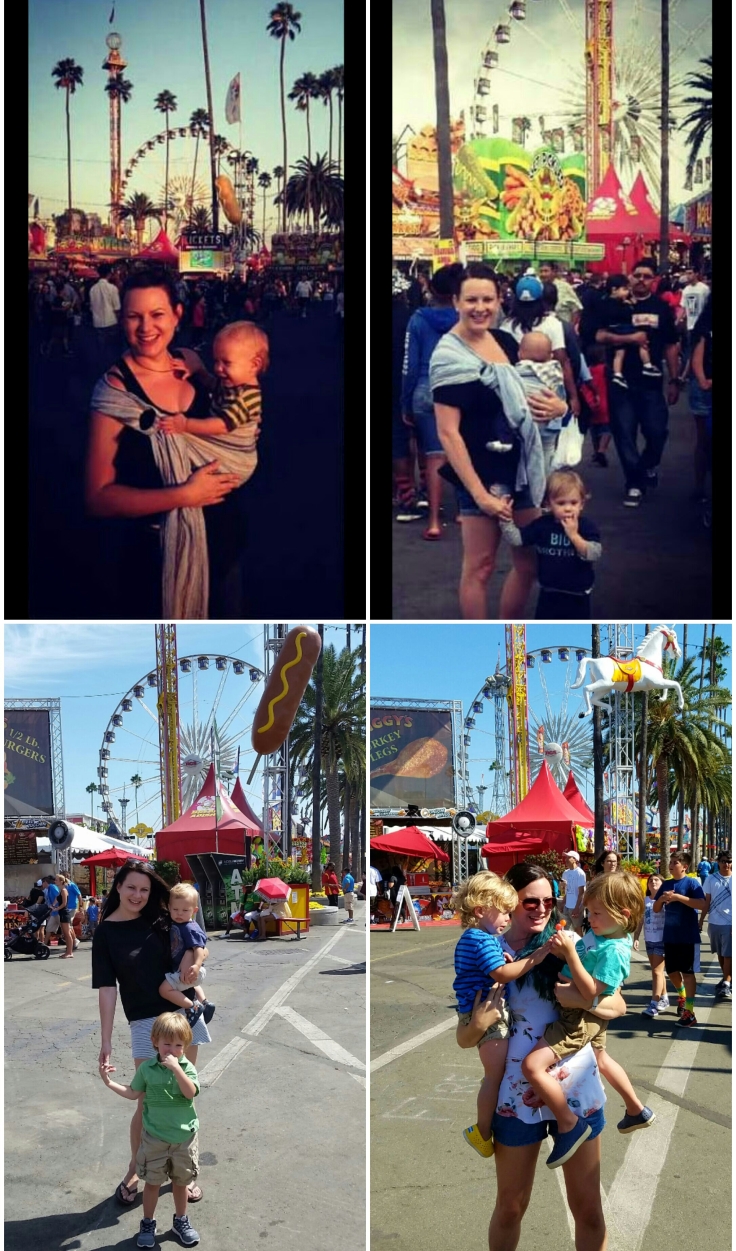 And each year I also lecture myself for waiting until the end of the day when everyone is hot and cranky before attempting the shot (cue crying 2 year old and bribery suckers!)

Now a little housekeeping for myself. Don’t mind me…

And now to go Pinterest hunting for a baked version of those pickles.